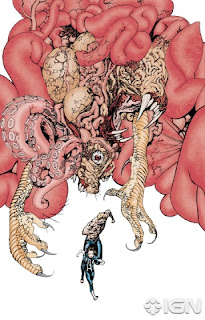 The monkey that sees but won't do, yet
seizes & sieges in-equalities, from the sentry
position in the trees, armed with shit
to throw at those that deserve it

The mad black crow on the power line
out your window--ka-caw, ka-caw
while you try to sleep, toss, turn & repeat
rest-less-ly, so you won't forget

A starfish found among sea shells, held
then thrown back dis-membered, arm-less
by care-less, but they'll grow back mother
fucker so remember---

I run with the wolf pack, regardless the cycled moon
the lion & lamb copulating in Canaan
oh yeah there is some Gehenna hound in that one

an amalgamation of animal kingdom and the eternal
ampersand, fiercest of all animals

and yet
humble enough to lick clean the feet
of my woman.

x
this is the shadowy closet i hide in while i smile.